In a typical Android application Dagger is initialized in app startup during the Application.onCreate.

A typical application may initialize Dagger and request a given dependency. When using Hilt the auto application code may look like the following:

The Hilt compiler plugin will generate code that is similar to manually initializing the component manually.

Fortunately Dagger provides a construct enabling deferred initialization called Provider. Provider is in interface with a single method get. The first time get() is called Dagger will create an instance of the dependency using the method annotated with @Provides. Subsequent calls will utilize a cached version. The advantage of using the Provider interface is that it enables additional control over when and where the dependency will be created.

The above example could be refactored to the following: 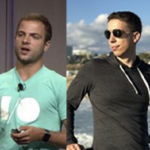 The above code will correctly initialize the dependencies using the Provider interface but there is nothing preventing another dependency from requesting the dependency in a blocking manner. To enforce this we can add an additional thread check.

It is common for dependencies to require other dependencies. For example a repository may require OkHttp and Gson to be initialized async. The module can be be updated as follows:

The repository can be updated to receive lambdas to enable async injection without adding Dagger dependencies.

That is it. Please clap and follow me if you found this useful.

Alexey Glukharev
Highlighting the advantages of DI is not the purpose of this article, but almost…
READ MORE
blog

Denis Rudenko
This post will not only focus on manual & auto validation of TextField inputs,…
READ MORE