Kotlin Multiplatform Mobile (or simply Multiplatform Mobile) is a new SDK from JetBrains that allows iOS and Android developers to share code between the two platforms. The shared code is written in Kotlin. Typical use cases include: sharing networking, data storage, internal libraries, and algorithms, but the choice is yours!

As your Multiplatform Mobile application starts growing, it becomes necessary to refactor your code to improve its scalability. One possible such refactoring is to separate application components’ configuration from their use, and in so doing, make application components more maintainable, reusable, and testable. This is typically enabled using libraries following either the dependency injection or service locator patterns.

This article series will discuss the dependency injection and service locator patterns, explain how they differ, and detail the most prominent Multiplatform Mobile libraries and approaches implementing these patterns. This article introduces these important dependency management patterns.

The Dependency Injection (or DI) pattern is where an object (called the assembler) populates a field in a client class with an implementation of a specific interface. Figure 2 illustrates how this will look for our search box example.

A term that is often closely associated with DI is that of Inversion of Control. Here, SearchBox is no longer in control of the configuration and creation of the StaffListerImpl, it only needs to know that it will be provided with the correct instance as a field.

The Service Locator (or SL) pattern is an alternative to the DI pattern. In this pattern, an object (called the service locator) knows how to get the implementations of dependencies, and a client class knows about the service locator and gets the appropriate dependency instances from it. Figure 3 illustrates how this will look for our search box example.

droidcon
As tech companies grow, they often find the need to develop multiple projects or applications in order to better address their challenges. Along with its main app, Deezer has also released Deezer for Creators, Audiobooks…
Watch Video 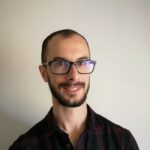 While these two patterns have the same purpose- to separate configuration from use- it’s important to understand the difference between them as there are certain pros and cons that need to be considered when choosing a DI/SL library. The SL pattern requires that the client knows about the locator object for it to make a request for the dependency to the locator. The DI pattern requires no such request, as the dependency is injected via an assembler object into the client.

The remainder of this series will focus on the actual libraries and approaches for dependency management in Multiplatform Mobile, and will feature articles on:

Photo by Fahim mohammed on Unsplash

This article was originally published on proandroiddev.com on August 30, 2022