Android: Bluetooth as a Service

Have you ever been asking yourself, once you read the official Android bluetooth guide, how to manage it inside your app? How do you keep the connection active even when you move between different activities and fragments?

In this guide we are going to create four files:

The first step is to define the BluetoothUtils.kt file, which contains the actions we want to be notified inside our activity:

I have defined a few, but you can add them as you like.

The second step is to define our interface, which will contain the events that correspond to the actions we defined in step one. So, let’s go ahead and define the IBluetoothSDKListener as:

This interface will be later implemented inside our activity, or fragment, that wants to perform some actions when it receives an event. For example, when the device connects, the function onDeviceDiscovered is triggered, and then you can go to do certain operations, such as, as we will see in the next steps, send a message via bluetooth to the device just connected through our BluetoothSDKService.

The next step is to define our BroadcastReceiver, which will have the task of filtering the intent with our actions defined before received by the LocalBroadcastManager, to trigger the callback functions defined in the previous section. So we define BluetoothSDKListenerHelper as:

Now our fragment can be triggered for events received by the BroadcastListener, which relays them through callbacks to our fragment interface. What’s missing now? Well, the important piece: the Bluetooth Service!

And now, the clue part, the Bluetooth Service. We are going to define a class that extends the Service, where we define within it the functions to allow the Service binding and manage the Bluetooth connection threads:

droidcon
Bluetooth Low Energy has had a rough time on Android. While the API was introduced back in Jelly Beans, it has suffered numerous bugs and flaws over the years.
Watch Video 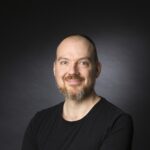 To make the gist readable, I commented out the parts about the threads, which are the same you can get from the official doc.

As you can see, in the body of the LocalBinder you can define the functions that will be visible to the activity after the binding with it. For example, we can define functions for discovery, send message or connection operations, which will then perform operations internally to the service.

Then, within the threads that manage the sockets, you can use the pushBroadcastMessage() function to generate events and add a payload such as the remote device and a message. For example:

My advice is to always follow the official guidelines and clean code writing guidelines.

Feel free to ask questions, make comments or propose a better solution. Don’t forget to follow me on Twitter and GitHub!