Don’t scratch your head, scratch the files instead

How many times you’ve faced this issue where you wanted to verify some Java/Kotlin code in your Android app and you ended up putting that code on launch activity to verify that it works properly and spent minutes waiting for code to get deployed on the device/emulator? 🙈

Why people do it?

Not sure about you, but I’m guilty of doing this a lot of times earlier in my career. Now some of you might be thinking that why not just have a pet Java/Kotlin project for these kind of cases? You’re definitely correct but having Android Studio as my main weapon of choice, doesn’t help much here as it doesn’t provide an option to create/view standalone Java/Kotlin project 😕. And if your argument is to use another IDE (e.g. Intellij IDEA or VS Code) for this then again it doesn’t help here as context switch via opening/switching to different IDE is again a pain.

Context switching is particularly destructive because it takes a lot of time and effort to pick up where you left off and get back in the zone.

But fret not you don’t need to take any of the above routes as most (maybe all) of the JetBrains IDEs (also applies to Android Studio) already has a really neat feature called Scratch Files, and as the name suggested you can use it to create temporary notes or draft up some code outside the project context.

You can create scratch files using ⇧ ⌘ N (on mac) and Ctrl+Alt+Shift+Insert (on windows/linux).

How many times you’ve faced this issue where you wanted to verify some Java/Kotlin code in your Android app and you ended up putting that code on launch activity to verify that it works properly and spent minutes waiting for code to get deployed on the device/emulator? 🙈

Baseline Profile, Where Art Thou?

droidcon
Android Studio allows anybody to build and integrate plugins in the IDE to customize/enhance the development experience. This talk will introduce the different options for plugin development weighing in the pros and cons, and the…
Watch Video 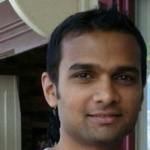 And that is it 🙂. I got introduced to this feature roughly 2.5 years back and since then I’ve saved ton of time by not waiting for code deployment to heppen on an device just to verify some basic JAVA/Kotlin code. BTW you might need this rarely atleast for Kotlin/Java code if you’re following TDD where you end up writing unit test cases anyways. I’ve seen these problem mainly in companies where there is no culture of TDD or writing unit tests.

Hope you liked reading the article. Feel free to reach out to me on Twitter. Thank You!

This article was originally published on proandroiddev.com on December 24, 2022

Nav Singh
Today, I will share my recent experience of not reading the documentation 📖carefully about…
READ MORE
blog

Sergey Petrov
Once, I thought what if Android Studio had a feature to quickly create any…
READ MORE