In this article, we are going to create a KSP-based annotation processor that generates new code and files based on annotation usages. If you’d like to know more about code generation and make your development process more productive and fun, continue reading!

(Also, if you want a TL;DR version, you can visit this repository on GitHub for the completed code and library)

KSP is an API that gives the ability to Kotlin developers to develop light-weight compiler plugins that analyze and generate code while keeping them away from unnecessary complexities of writing an actual compiler plugin.

Many libraries (including Room) are currently using KSP, instead of KAPT. You can find a list of few of them here.

How Does KSP Work?

In Kotlin developers have access to compiler APIs which they can use to develop compiler plugins. These plugins have access to almost all parts of the compilation process and can modify the inputs of the program.

Bear in mind that unlike compiler plugins, KSP cannot modify the compiled code and treats them as read-only inputs.

KAPT is a Java-based Annotation Processor, which is tied to the JVM, while KSP is a code processor which depends only on Kotlin and can be more natural to Kotlin developers.

On another note, KAPT needs to have access to Java generated stubs to modify the program input based on annotations. This stage happens after all the symbols in the program (such as types) are completely resolved. This stage takes 30% of the compiler time and can be costly.

Since not all code generators need all of the symbol resolution (as it is the case in our example), KSP can be much faster since it happens in an earlier stage of the compiler, which not all (but enough) symbols are completely resolved.

Photo by Marc Reichelt on Unsplash

In this article, we are going to create ListGen, a KSP-based library that creates a list out of all the functions that have a specific annotation.

For example, you can add @Listed Annotation to your functions:

So let’s get generating!

To get started with KSP, you only needs a few things. To get started, add the KSP API to your KSP-module dependencies:

Adding the necessary configuration to the build.gradle files

Since we want to use KSP for annotation processing, we need to define our custom annotation(s) so we can use them later on. In this case, we want to have an annotation called @Listed that takes a name as an input and is defined on functions. Later we will create a list of all their usages, using the provided names.

Creating The Processor And Its Provider

In order to process files (and create more of them) yo need to create a SymbolProcessor and introduce it to KSP by using a SymbolProcessorProvider (which is basically a factory for the processor), since on the JVM, KSP uses a Service Loader to find the provider.

For now, we won’t process anything to complete our setup.

In order to introduce the provider to the JVM’s ServiceLoader, we need to create the following file.

In order to use this generator (which currently does nothing) we need to declare a KSP dependency to its module, in our application module.

We’re all set. Now we can start developing our processor.

Photo by SwapnIl Dwivedi on Unsplash 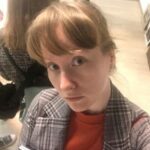 In order to create the processor, you need to ask yourself: “What is this processor supposed to generate?”. To answer that question, you can start by doing things by hand and start creating files and codes that are supposed to the generated. This way you get a lot of insight into what actually needs to be happening inside your processor.

In our case, we want to generate a file that looks like the following and has the proper imports:

In order to do this, we need to

KSP provides a resolver which you can use to find every symbol in the processed module that has a specific annotation.

Let’s generate a file containing a comment with the names of the functions that have the @Listed annotation.

The process function needs to return the symbols that were not valid. KSP uses this information for its multiple round processing.

As you can see, creating a file and filling the information is a piece of cake. All that is remaining is to add imports, read annotations’ names and add the functions and we are good to go.

We’re all done. You can continue to clean up the file and add more features if necessary. You can also add unit tests (you can see my unit tests here).

For the basic example above, we have filtered the symbols on the function types and iterated over them, since that was the only symbol that we needed. If you need to support more symbols (like classes), you can also use a KSVisitor and pass it to your symbols’s accept function, which will call the proper function on your visitor (e.g. visitFunctionDeclaration is called if your symbol is a function). You can see it in action here.

To make the processor super fast, a few things need to be considered.

Photo by Wesley Tingey on Unsplash

Minimizing the amount of processed files

Operate on as few as possible files to get the desired results. Notice the above code that operates only on the functions that have our specific annotations. All other symbols are ignored.

KSP is smart and has an incremental compilation strategy. We don’t want our generated file(s) to change, unless:

All other files should be ignored.

In order to achieve this, we have given our dependencies to the createNewFile function, which informs the processor about the files that we have considered for creating this file.

KSP is a powerful tool that helps developers to write light-weight compiler plugins and annotation processors while maintaining a Kotlin-friendly API.

Using KSP can help developers and tech leaders to create libraries that help them achieve more productivity by generating files and boilerplate code.

I hope you enjoyed this article and it has helped you learn how to create your first KSP library.

If you enjoyed this article, be sure to check out my other articles:

🔒 Synchronization, Thread-Safety and Locking Techniques in Java and Kotlin

Follow me on Medium If you’re interested in more informative and in-depth articles about Java, Kotlin and Android. You can also ping me on Twitter @TheSNAKY 🍻.

This article was originally published on proandroiddev.com on May 12, 2022