A high-quality app is always a requirement for any organization that wants to reach a large userbase for example if an app keeps on crashing, getting stuck on screen, or even taking a longer time to load content on screen then that’s a very good indication that the app quality is really not up to the mark and a lot of things can be done to improve the app performance and provide a better user experience.

However, the major question is how do you being the app developer or from the organization side monitor such things?

Firebase Performance Monitoring is here to help, a powerful service that’s available for Android, iOS and Web even the best part is that it’s free of cost too.

How does it work?
To report metrics on the Firebase the performance monitoring uses traces to collect data about the processes. Trace is nothing but the report that contains data captured between two points in time in your app. Metrics are collected performance data for each trace. Let’s understand this with an example say if you are doing a network call then the trace collects metrics that are important for network request monitoring like response time, payload size, network call successful or failed etc.

That’s it, now the performance will be monitored automatically.

Duration Metrics
Now as we have added the SDK so here are the duration metrics that will be calculated automatically.

Screen Rendering Metrics
Well, a slow rendering or even frozen frame can lead to poor app performance so both of them are measured automatically too.

Network Request Metrics
It automatically collects a trace for each network request issued by your app. These traces collect metrics for the time between when your app issues a request and receives the response.

All the above metrics are certainly helpful but you may need some custom traces or metrics too, like how much time a particular function takes to execute itself or the duration to read or write a local database, etc. So with Firebase Performance Monitoring, you can also record the custom traces and metrics.

droidcon
Firebase undoubtedly revolutionized how we think of building a fully scalable and complex backend service to build mobile and web applications rapidly. The service gets even more exciting if you can integrate it with great…
Watch Video 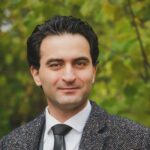 If you are adding the custom trace to your android app then there are two ways to do so, first way is to use the trace object like below.

In this approach, you have to create a trace object by specifying its name and calling the start() and stop() method explicitly.
The second approach is by using the annotation like below.

Here the name of the trace is provided with the annotation itself, this trace will automatically record the start and end duration of onCreate() method hence no need to explicitly call the start() or stop() method like the earlier approach.

This was all about adding and monitoring the app performance using one of the free services offered by Firebase — Firebase Performance Monitoring.

This article was originally published on proandroiddev.com on June 28, 2022