When we are writing Android code, our focus is mainly on the UI, event handling, background task and backend integration. We hardly think about the performance of the app and usually take it for granted.

Here we are going to look into some important aspects, which heavily impact the performance of our app, and also understand the steps, which can be taken by the developers to improve the performance.

Normally, the system will try to redraw the activity every 16ms or so. How does this impact us?

The Android rendering pipeline is broken into 2 subsystems: GPU and CPU.

The process of converting XMLs to screen is called rasterization.

i)Each time we are drawing something, which is not part of the final scene, we are wasting GPU cycles.

iii) To see overdraw on device : Go to Developer mode and turn on “Show GPU Overdraw” option.Android uses color scheme to show level of overdraw. Look for areas of red to reduce overdraw. Eliminate unneeded background colors. And look for areas which will be hidden.

Memory monitor can show how the application uses memory over time.

droidcon
In a world where a bug in a mobile application could cost millions and fixes take weeks to be deployed, detecting issues early is as important as ever. But the learning curve is steep, tests…
Watch Video 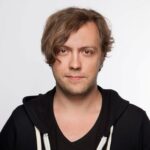 What are memory leaks?

Heap Viewer can help us see how much memory is being used by our application. We can know “what’s” on the heap.

Though it’s not very obvious, some of our code may end up draining more battery.

Network profiler can be used to visualize this:

If we keep these aspects in mind while developing the app, we can avoid lot of performance problems in our application from the very beginning.

This article was originally published on proandroiddev.com on July 31, 2022

Ziv Kesten
In this part of the series, we will plan our first screen in Jetpack…
READ MORE
blog