The app is called Upnext: TV Series Manager, an open-source Android app that is also officially part of the Google Developers Dev Library. It is a TV series app with various screens ranging from show schedules, popular shows to favorite shows.

One of my screens, the show detail screen contains a list of cast members for the show, and clicking on a cast member triggers a BottomSheetDialogFragment to be opened.

I have already migrated all the main screens to Jetpack Compose composables as part of my migration journey, with certain view elements like the Appbar or BottomNavigation still requiring that I migrate them to their Jetpack Compose versions. The BottomSheetDialogFragment is one such element that needed to be converted for the show detail screen.

Jetpack Compose has made it possible for XML-based code to co-exist with Compose code through interoperability. During my journey, in preparation for replacing the traditional Appbar and BottomNavigation with the Jetpack Compose versions, I used ComposeView inside my fragment XML files like this:

It is from this same fragment, where the BottomSheetDialogFragment is called:

Replacing the traditional Appbar and BottomNavigation meant a complete move away from ComposeView as using Jetpack Compose Navigation will enable me to navigate between Composables and away from fragment navigation.

I created a composable called ShowDetailScreen to represent the entire show detail screen. I then created several smaller composables representing portions of the screen, for example, the backdrop image, the poster, episode information, cast information, and so on. The ShowDetailArea composable becomes the parent composable where the state from the ViewModel is observed from and passed down to the child composables, its direct child being a composable I created called DetailArea:

When a cast item is clicked, that onClick event — onCastItemClick() — is passed up through state-hoisting all the way to the main parent — ShowDetailScreencomposable. It is here where the bottom sheet should be triggered.

There is BottomSheetScaffold and ModalBottomSheetLayout. The former presents a bottom sheet where the interaction behind it is not blocked (similar to the bottom sheet presented in Google Maps:

To set it up, I needed to do the following: 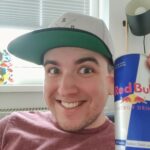 I then pass this state variable to the sheetState parameter of ModalBottomSheetLayout (see line 11 above).

to where the ShowCastList composable is called. This way, when the show cast member item is clicked, the suspend function show() is called. A note that the coroutineScope is required to be able to invoke the show() method (see line 17 below):

And that’s it! That is all I needed to do in order to set up the Jetpack Compose ModalBottomSheetLayout. And this is how it looks:

You can find the above code changes in the 35-implement-compose-navigationbranch where they will all be merged into the main branch soon. Happy Composing!

GitHub – akitikkx/upnext: Upnext: TV Series Manager is an MVVM Android app which allows users to be…

This article was originally published on proandroiddev.com on March 17, 2022